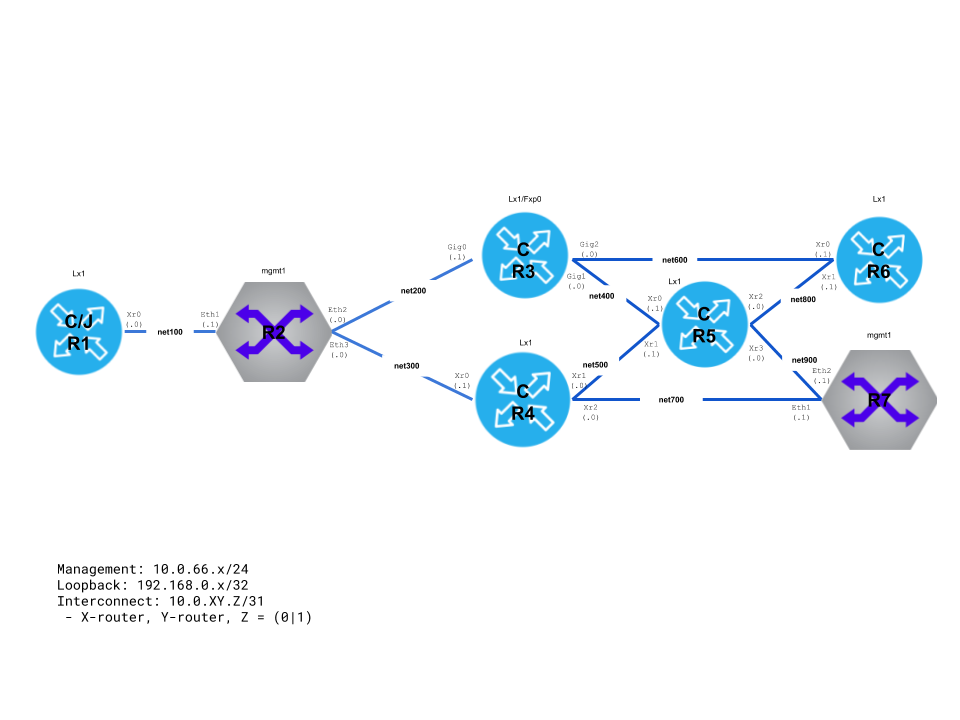 the following scripts will create the VMs and the necessary OVS plumbing to generate the topology associated with the above diagram. these should be run in the following order:

follow the gist links to get the raw source.

the start-topo.sh script will create a number of interfaces. the most notable of which is the mgmgt0 interface which it will assign an IP address to. you’ll want to make sure that it’s not going to conflict with anything you need to access.

this is also the interface which is bound to the management interfaces on the virtualized routers.